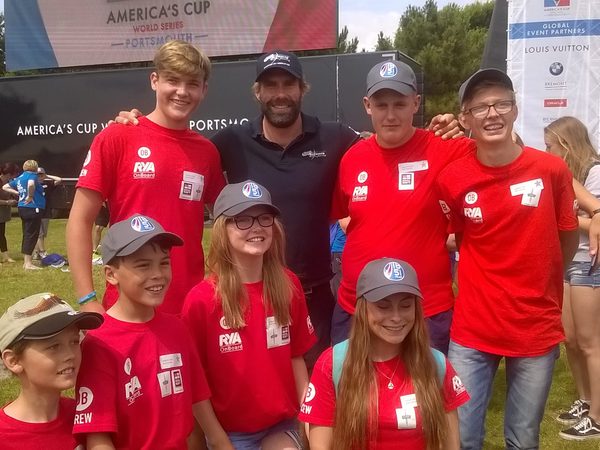 Last Thursday the Grafham OnBoard Team were invited to attend the Youth Engagement Day at the Americas Cup Series held in Portsmouth.

The team of 8 young sailors had an early start leaving Cambridgeshire at 6am - but all had smiles on their faces, excited about their day ahead.

The team (and adults) had a great day, firstly making gutter boats out of recycled materials, then having races with other young people from around the UK, powering their boats by blowing through straws! They were then involved in a scavenger hunt, followed by getting involved in the BAR Land Rover tech zone.  The highlight of the day was meeting Americas Cup sailor Iain Percy, who kindly had time to pose for a photo with the team!